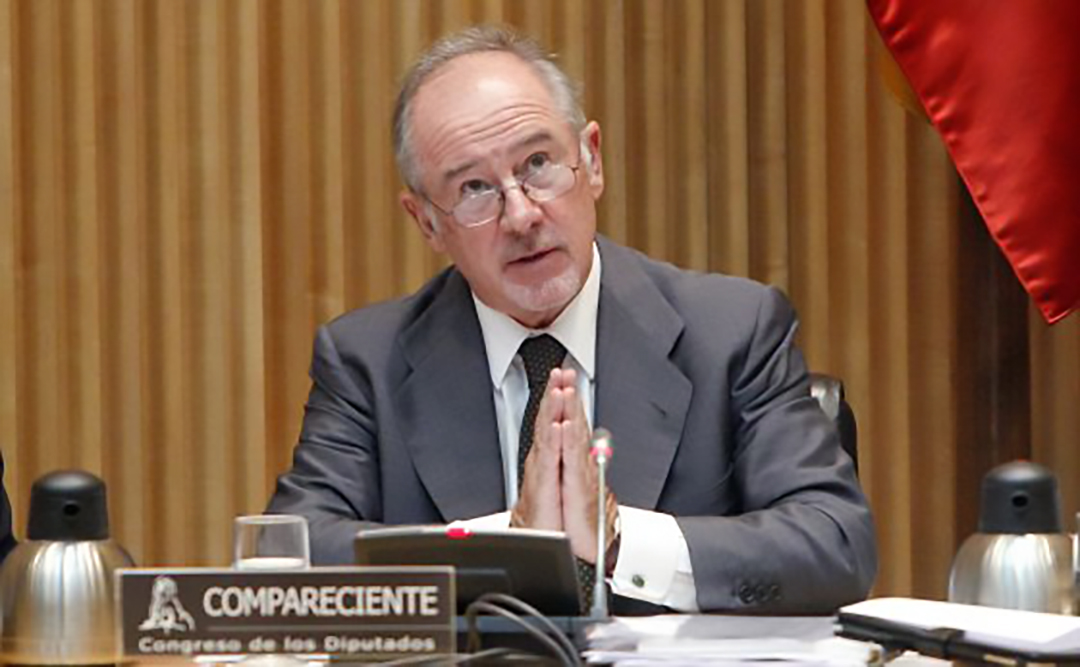 Leading Spanish lender Banco Santander has hired Rodrigo Rato – who was chairman of Bankia shortly before it was nationalized – for its international advisory committee.

Bankia was taken over by the Bank of Spain in May 2012 and subsequently needed an injection of 22.424 billion euros in taxpayer money to restore its balance sheet. Rato – who was economy minister under former PM José María Aznar and subsequently the managing director of the IMF – faces, along with other former members of Bankia’s board, possible charges of fraud, false accounting, criminal mismanagement and misappropriation.

Rato previously worked in a similar role in Santander prior to joining Bankia and received 200,000 euros a year for his services.

Article from El Pais in English

FFA Comments
So the famous Rato Rejoins Santander Bank Spain since leaving his post at the troubled state owned Bankia Bank with a very long list of potential charges against him for fiscal wrongdoings when he was in charge at Bankia.

What does this say about Santander and the Spanish banking system in general? I would say nothing particularly good to be honest. Let’s face it, wouldn’t it be a much better PR exercise for the bank to wait until we know if he is going to be charged with these serious fiscal offenses and wouldn’t he himself feel that it would make sense to keep out of the public eye and concentrate on clearing his name before taking up a post at Spain’s most famous bank?

With corruption in the Spanish news daily and the mess that the banking industry is in general I think that teh people that run this country do need to take to good long hard look at themselves.